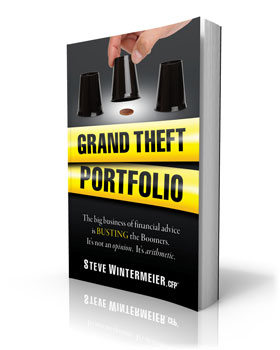 Steve Wintermeier, CFP® is the founder and Managing Principal of Fen­way Financial Advisors, LLC. After receiving his undergraduate degree in International Economics from Georgetown University, Steve worked as a consultant for the Japanese Ministry of Education in Hamamatsu, Japan. Upon his return to the United States, he earned a Masters in Business Ad­ministration from Columbia Business School in New York City. Serving as the Asian Pacific Regional Manager of Sales and Marketing for the Titleist and Foot-Joy golf brands, Steve’s first career literally spanned the globe covering a territory bounded by Guam, Seoul, Bombay and Auckland.

Later, while working as a strategy consultant assisting small and mid-sized companies, Steve found that his analytical skills would be a perfect fit for the growing business of personal planning and financial advice. Steve joined A.G. Edwards and Sons (now part of Wells Fargo Advisors via multiple rounds of acquisition) and his experience there was sobering. He quickly came to the realization that the personal financial services in­dustry was focused far more on selling overpriced and often unnecessary products rather than offering sound advice.

An avid Boston Red Sox fan, Steve founded Fenway Financial Advisors in 2006 to provide the financial consumer with a truly unique philoso­phy: pure advice, unburdened by the incentives to generate commissions and unbiased by the conflicts of interest inherent in the asset-based or so-called fee only model.

Grand Theft Portfolio is Steve’s shot across the bow of this giant among giants of American industry and a wakeup call to both the industry and the consumer. In a world of longer lifespans, lower stock market returns, and zero interest rates, retirees run an extraordinary risk of outliving their sav­ings. The risk is magnified by the outrageous sums of money extracted by an industry populated by undercover salespeople rather than world class advisors with true fiduciary obligations. As a result, American investors are playing catch-up with their investment portfolios. The time for change isn’t just here, it has passed.